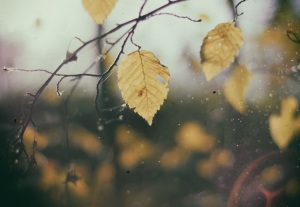 These are some of the words used by people around the world on social media this past weekend to describe the Paris attacks and the ISIS attackers. I would venture to say most of us would agree many are fitting words to describe the senseless and barbaric killing of innocent men, women, and children in Paris, the City of Light. Other words fit the atrocities committed against innocent men, women, and children in Beirut, Kenya, New York, Boston, Cambodia, Russia, and many countries around the world, from past to recent times.

I expected to see the words listed in the first sentence of this blog post used in describing the attack and the loss of life on November 14, 2015. I expected people would disagree with any number of things that happened or didn’t happen this past weekend according to how they would have handled the situation if they ruled the world, according to their political leaning. But I did not expect and was disheartened by after reading the same words directed at people who’d changed their Facebook images to the colors of the French flag in a show of support for the French people after the attacks. I couldn’t fathom people were offended by a showing of compassion, empathy, and solidarity for people who share the same planet, and who supported the United States after 9/11. Not to mention that it seems everyone who isn’t signed up for ISIS is an infidel—the French people, in addition to me, and most probably, you.

Upon learning about the Paris attacks, I immediately changed my Facebook profile photo to a ‘Pray for Paris’ image. I lived in France several times in my life, and worked in Lourdes, France for many years, and praying centers me during difficult times. I changed my profile photo to show my solidarity, just as I’ve done to show my support for gay rights, women’s rights, against human trafficking, and when hundreds of innocent Nigerian school girls were kidnapped, raped, and tortured by Boko Haram, the Islamic extremist group based in Nigeria.

I agreed with French President Hollande’s decision to declare a three-day mourning period for the victims and their loved ones. Out of respect for the victims, their families and friends, and for my French friends living in France, I decided to stay off social media as much as possible on the second and third days following the attack. I don’t know about you, but most everything I did last weekend seemed a bit trivial in light of the deaths and destruction in Paris, and like most of us, I remained glued to online breaking news out of Europe.

Tonight I caught up on social media, and I was greatly saddened by many displays of humanity against humanity on Facebook and Twitter. There were vicious attacks on those supporting (or not) the acceptance of Syrian refugees into their communities, and slams on people agreeing or disagreeing with France and the United States’ decision to bomb the Daesh, as some described it, as ‘back to the Stone Age’. There was finger pointing and lashing out, racial slurs and spewing of hatred in reaction to what President Obama was doing right or wrong, the NRA, the US military, the pacifists, ‘war mongers’, Christians, Muslims, and people accusing others of acting like sheep—for following the herd and jumping on the bandwagon of support for France, who they claim ‘probably deserved it.’ Global warming even made an appearance today in an argument that it is still BS and a figment of our imagination.

Among the pleas calling for people to remain calm, focused, and to come together as one, which I agree with, a woman posted a photograph of the Oklahoma bomber, reminding her Facebook friends that the US was the target of much bloodshed and tragedy at the hands of an American madman on American soil–leave Paris to the French. A man posted a photo taken on 9/11 and raged against Muslims, wanting each and every Muslim DEAD. Yes, he’d typed ‘dead’ in all caps. An outraged woman replied to the Oklahoma post by replying, ‘How dare you attack Americans and Christians now. DEPLORABLE.’ Soon, I lost track of who said what about what and turned my laptop off. I kept murmuring, ‘But not all Muslims are terrorists.’

The reactions to the tri-color Facebook profile photos and the eye-opening outbursts of many today reminded me that when we are frightened, stressed, pushed to our emotional and mental limits; when we’ve experienced similar situations of trauma at home and abroad; or when we are outraged and feel impotent to help others and ourselves, many of us will lash out. We might begin pointing fingers, drawing into ourselves, or many of us will show our true colors by shaming and ridiculing others. I am reminded that the definitions of passion are varied and complicated.

Of course, I am filtering what I perceive as negative comments through my life experiences, which are undoubtedly different from the opinions of the woman standing next to me at Walmart or the views of the man on the treadmill beside me at the gym. I get that; we all do that, but please remember…

We ALL share the same fears and concerns for our families, friends, and communities, at home and abroad. And with every attack by ISIS, we are shown the frightening agenda for their version of the End of Times, the Apocalypse, which they have shown they will die for. We are the target. We, as in all of us who are not members of ISIS. Threats against our country understandably make us edgy and afraid, which often breeds suspicion, anger, and intolerance. I say, don’t give in. But I do have questions…

I pray what I saw online tonight was us finding ourselves under extreme conditions of fear, insecurity, and duress over the attacks, not because we have hatred in our hearts. Yes, I’m outraged by the Paris attacks. I’m worried, as well. As a woman and mother, I worry about Syrian women, mothers and their children as they try to escape and find asylum. I worry for my children, living in the US and abroad, about the world they will inherit, and I am deeply saddened for those who were massacred in Paris and for their families from many nations who are burying their loved ones this week.

I hesitated in sharing this blog post, and can only hope you take it in the same vein in which it is offered, as my two cents–I’m trying to reign in my fear just as you are. I’m trying to understand and learn. I don’t have the answers, but I’m searching. However, I believe that if we turn to hate and rip away from each other, at the very seam of the fabric of our society, and fight amongst ourselves, instead of being tolerant and trying to understand each other at home and abroad, and more importantly, remaining focused on the bigger picture—creating a peaceful world for our children—it will unravel, and I fear we could be playing right into the enemy’s hands. I sure as hell hope not.

God bless us all. 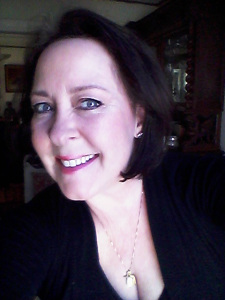 A Decent Woman is Eleanor’s debut historical novel, set in turn of the nineteenth century Puerto Rico. The book was selected as 2015 July Book of the Month for Las Comadres & Friends Latino Book Club, and book clubs across the United States have enjoyed the book. She is featured in the newly published anthology, Latino Authors and Their Muses, edited by Mayra Calvani. Eleanor is the mother of two adult children and currently lives in West Virginia, where she is writing her second novel, The Island of Goats.

Puerto Rican-born Eleanor Parker Sapia is the author of the multi-award-winning, best-selling historical novel, A DECENT WOMAN, published by Winter Goose Publishing. Eleanor is featured in the award-winning anthology, Latino Authors and Their Muses, edited by Mayra Calvani. Eleanor is currently working on her second book, The Laments, set in 1926 Old San Juan and Isla de Cabras, Puerto Rico. Eleanor is a writer, artist, photographer, and blogger, who is never without a pen, a notebook, and her camera. Her wonderful adult children are doing wonderful things in the world, which allows Eleanor the blessing of writing full time. Please visit Eleanor at her website: http://www.eleanorparkersapia.com View all posts by Eleanor Parker Sapia

4 thoughts on “Anger and Intolerance: Don’t Give In”